Glass fiber fabrics as a composite structure of the reinforced structure is increasingly widely used.because of the flexibility structural design , perfect direction strength, impact resistance, easy to shape the complex shape of the components and other advantages, made the Knitted fabric has being paid more and more attention,However, in order to make the glass fiber knitted fabric widely used in the composite material, the knitability of the glass fiber yarn is a problem to be solved.

Due to the high modulus, brittle, high strength, low elongation, not wear-resistant properties of glass fiber in the weaving process of fiber damage is inevitable,The results show that the greater the bending yarn depth, the more the yarn contact with the metal parts in the knitting area, the greater the yarn tension fluctuation in the knitting area, and the greater the yarn damage.Triangular configuration will affect the fabric coil length and other physical indicators, can choose different combinations of triangular configuration to achieve the same physical indicators. There is an optimal coil length for the weaving of glass fiber yarns, and the damage to the fibers by different tissues is different.

The effectiveness of the weaving of glass fiber yarn mainly depends on the friction performance, flexibility and strength of the yarn, although some scholars have begun to study the knitting process parameters configuration and the effect of different fabrics on the glass fiber weaving effect.However, there is little literature on the systematic study of the weaving properties of yarns. In particular, the influence of the parameters of the yarn itself on the frictional properties and the knitability is not studied in depth.

Experimental procedure
Using various parameters of glass fiber yarns for testing. In homemade analog machine yarn friction meter (see Figure 1), the yarn friction. Recording the number of yarn wear and the mechanical properties of yarn after friction. All the mechanical properties were tested on the testing machine according to ASTM D578 test standard. 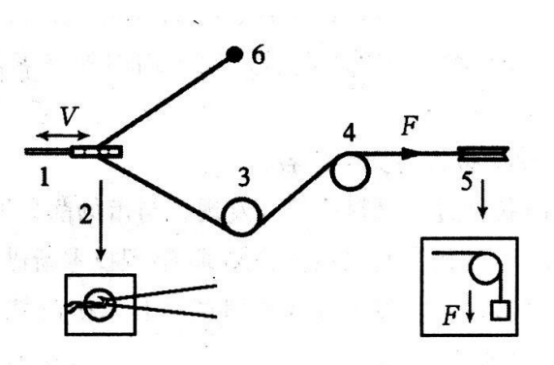 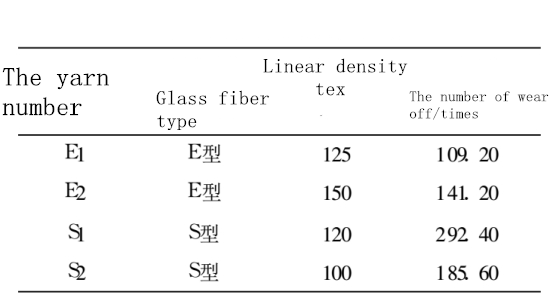 Table 1 All kinds of yarn wear off times 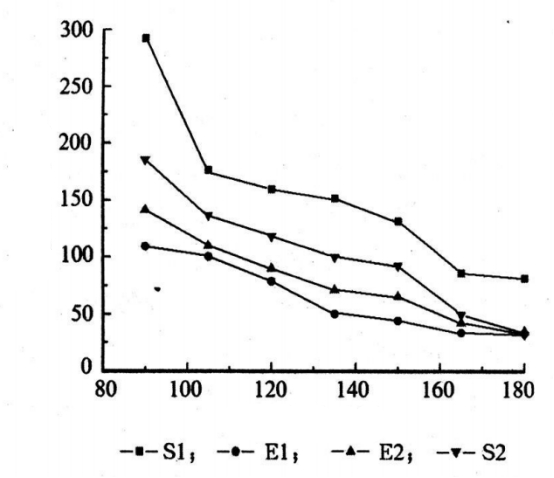 Figure 3 The number of wear off- Tensile stress (specific tension) curve, It can be seen from the figure, high-strength and non-alkali yarn shape of the curve was significantly different, While the same type of yarn (such as S1 and S2, E1 and E2) the curve of the numerical range is very similar, The curves are substantially coincident. Thus, it can be used to characterize the wear resistance of yarns with different thickness and different kinds of yarns. The wear resistance of the yarn is closely related to its fiber composition, within a certain tension zone (1 to 1.6 cN / tex for the three yarns used), the wear resistance from good to poor followed by S glass fiber, cotton, E glass fiber. 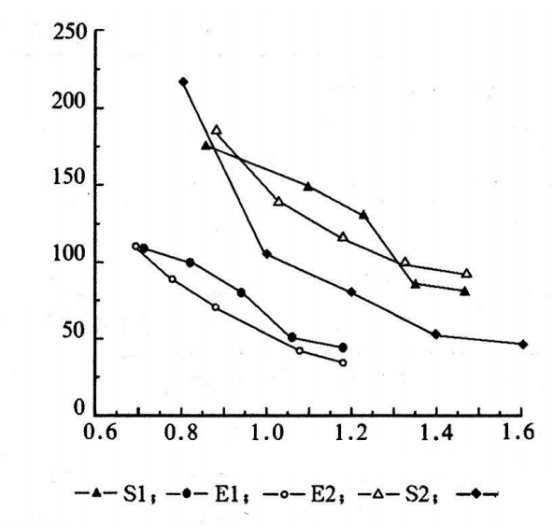 Figure 3 The number of yarn breakage under different tensile stress

Fiber linear density
As can be seen from Table 2, The monofilament diameter of the scy-1 yarn is 5.5μm, the filament diameter of the scy-2 yarn is 9μm, The former maximum intensity than the latter about 42%, and the pre-tensioning force of 29.4 cN is twice as much as that of the latter. It can be seen that the fibers with the same thickness and twist are more finer, the number of fibers per unit cross section is more, the arrangement is more closely, the homogeneity of the interaction force between the fibers increases, It is advantageous to improve the strength of the final yarn. Meanwhile, the number of the fibers subjected to the friction with the friction member increases, the probability of fiber abrasion is reduced, so that increase the final yarn mill-off times. One of reason Affecting yarn performance is that fiber linear density was Reduced So that the flexibility of the fiber increased, more conducive to bending. In short, the fiber linear density can improve the strength and friction properties of yarn, and improve its weaving performance.

The influence of different twist
To determine the effect of yarn twist on yarn properties, try to test the RX1-1, RX1-2 and RX1-3 three kinds of yarn. The pre-tension of the friction test was 49.0 cN, the friction speed is 140 times / min, after the number of friction increased from 10 to 300 times , Measuring the remaining strength. The experimental results are shown in Table 3 and Fig4. 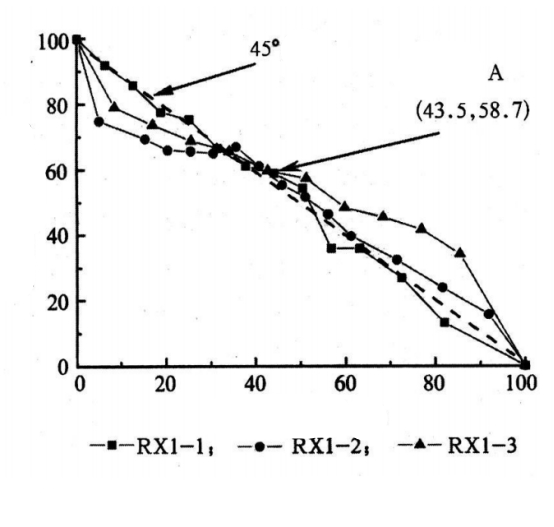 As can be seen from Table 3, the yarn type, linear density and number of shares are under the same conditions, the yarn tensile strength and the number of wear off with the twist increases. Further analysis of the yarn frictional damage process shows (see Figure 4), the wear patterns of three kinds of twist yarns are similar, with the number of friction increases gradually decreased, and they all fluctuate around the -45 ° diagonal line. RX1-1 the most steep lines, followed by RX1-2, RX1-3 the most gentle, and the three curves intersect at point A (43.5, 58.7). At point A before, RX1-2 drops faster than RX1-1 and RX1-3, It is shown that the yarn twist is not as large as possible for the early frictional damage of the yarn, and there is an optimum value. In the relative number of friction greater than A after the curve par, the greater the twist, the greater the protective effect on the yarn strength so that can delay the final yarn breakage.

The principle of the effect of twist on the wear resistance of yarns is not clear, it may be caused by an increase in the cohesion between the fibers in the yarn and a change in the direction of the fiber arrangement, or an increase in the number of contact points between the yarn and the frictional component, resulting in a more uniform distribution of friction. In short, Raising the twist within a reasonable range is beneficial to increase the wear resistance of the yarn so that improve the knitability of the yarn.

Effect of Different Sizing Agents
Glass fiber is the molten glass from the drain plate in the high-speed drawing into silk, in order to protect the original fiber strength, the need to add a layer of its surface infiltration agent,The role of infiltrating agent is mainly in the fiber surface to form a layer of film to protect the fibers, but also play to increase the fiber adhesion and make the fiber with soft, anti-static and other additional properties of the role.In order to compare the effect of various sizing components on the weaving properties of glass fiber yarns, the yarns with the same three parameters but different sizing agents were compared and test.The yarn parameters are shown in Table 4 and Figure 5,J1 is a textile-reinforced sizing agent; J2 and J1 the same type of infiltrant, J1 is based on the increase in its concentration; J3 is another kind of epoxy resin system infiltration agent.

From Table 4 and Figure 5 shows that different sizing agent for the tensile properties of yarn and friction properties have a great impact,Comparison of rx1-3 and rx2 can be seen, the concentration of sizing agent increased the binding force between the fibers, making the yarn strength increased, but its resistance to friction has decreased.Figure 5 rx2 curve in rx1-3 below, further shows that the friction in the process of damage faster than rx1-3. So for a certain ratio of sizing agent, its concentration should be controlled in an appropriate proportion and not the bigger the better.Compared with rx1-3, the yarn rx3 coated with epoxy resin infiltration agent is much better than rx1-3, but the abrasion resistance is much better than rx1-3, and the number of yarn breakage is increased by 34%.The friction damage curves of the yarns coated with two textile-reinforced and epoxy-based sizing agents in Figure 5 are basically similar, indicating that their friction mechanisms are essentially the same, but the epoxy resin wetting agent is more protective. 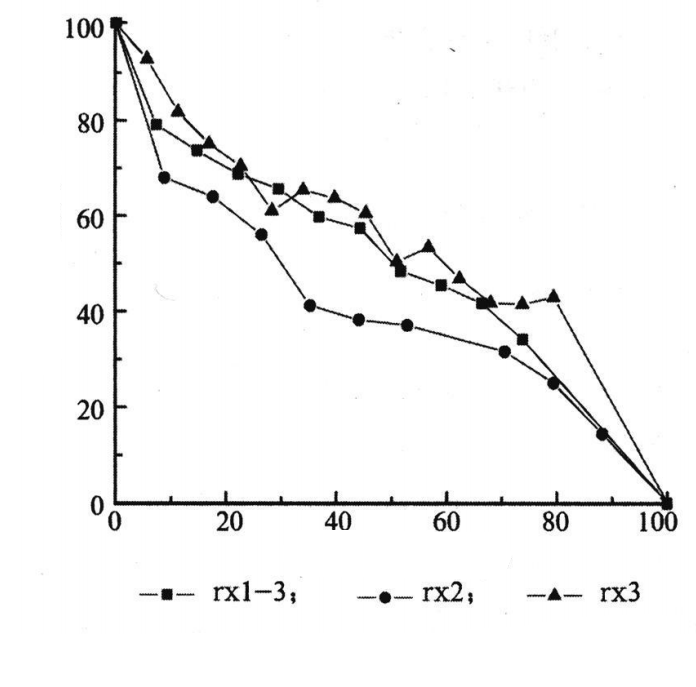 Fig.5 Effect of sizing agent on wear resistance of yarn

The Effect of Back – and – Twist
In order to explore the influence of the parameters of the draw-back and twist on the properties of glass fiber yarns, several kinds of yarns with different draw-back and twist process were tested. The yarn tension was 60 cN and the friction speed was 140 times / min. The experimental results are shown in Table 5.

As can be seen from Table 5, for the original thread density of 12.5 L, M, N, O four kinds of yarn, yarn strength is almost linear with the yarn linear increase.Further analysis, we found that the comparison of L and M and N and O, yarn twist number from 2 to 3, the breaking strength increased by about 70%;While the comparison of L and N and M and O, the number of twist of the same yarn, while the number of untwisting increased from 1 to 2, found that the yarn strength increased by about 132%, indicating that the twist and twist for yarn strength, The impact is relatively independent.However, for the O and P with different linear density, the final yarn density is the same, but there is a great difference between the two methods because of the difference of the untwisting process, P is only 81.59% of O.

Similarly, the friction performance of the yarn is also related to the process of retreat and twist, the thicker the yarn, the more the number of wear off, but not a linear relationship.As for the yarns with L, M, N, O yarns with linear thread density of 12.5, the increasing trend of the number of thread wear is getting smaller and smaller with the increase of the linear density of thread, the withdrawal and twist are no longer independent Yarn friction performance,it can only reflect a comprehensive effect.Comparing the yarns with the same O and P densities, it can be seen that the friction performance of P is significantly higher than that of O. Based on the analysis of the strength and friction properties, the influence of the draw-back and twist process on the yarn properties should be considered in the production of glass fiber yarns.

The damage of Fiberglass yarn is gradual,The yarn tension has great influence on the frictional damage of the yarn,the wear resistance of the glass fiber yarn and its fiber composition is closely related,it can be based on the number of wear off – the tension curve to compare and characterize the wear resistance of different types of yarn.

Reduce the linear density of glass fibers can change the yarn within the fiber arrangement to improve the strength of glass fiber yarn and wear resistance, thereby improving its weaving.

The tensile strength and the number of times of the glass fiber yarns increase with the increase of the twist. The higher the twist, the slower the decline of the remaining strength of the yarn, the better the wear resistance.