In the late 1950s, the scientific discovery of the ultra-high-strength characteristics of “graphite whiskers” by American scientists started the development of high performance carbon fiber technology. In the following 20 years, research institutes and companies in the US, Japan, and the UK have continued to advance technology research and development in the field.

What is high performance carbon fiber? 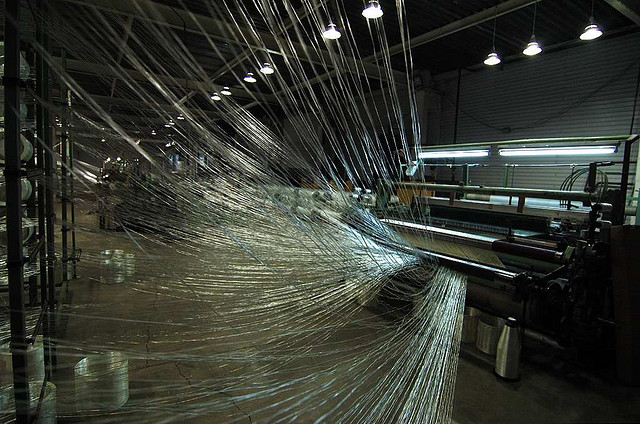 High performance carbon fiber is a carbon material with a carbon content of 92% and fiber form with excellent mechanical properties such as strength ≥ 3530 MPa, modulus ≥ 230 GPa, and elongation of 0.7% to 2.2%. Compared with traditional glass fiber, the Younger’s modulus of carbon fiber is more than three times of glass fiber; compared with Kevlar fiber, the Young’s modulus is about 2 times, and it is insoluble in organic solvents, acids and alkalis with excellent corrosion resistance.

In 1892, Edison invented the technology of using carbonized natural fibers as incandescent lamps, and realized the commercial application of carbon fibers for the first time. The carbon fiber had poor mechanical properties and was easily damaged at that time. Since the last 60 years, research on improving the mechanical properties of carbon fiber has never stopped, but the results were minimal. At the end of the 1950s, breakthroughs were made in the basic theoretical research of carbon fiber, which pointed out the direction for the development of high performance. At the same time, the chemical fiber technology represented by nylon and polyacrylonitrile fiber entered the mature stage, and the carbon fiber technology entered the ” Reinvented” era. In the 1960s and 1980s, high-performance carbon fiber was in a period of development, the US, Japan, and the UK successively broke through key technologies and established the industries. In the 1990s, high-performance carbon fiber applications entered an explosive period, and carbon fiber reinforced plastics (CFRP) have become the main structural materials for advanced military and civilian equipment.

1) The success and failure of U.S. Union Carbide Corporation

Union Carbide Corporation, formerly known as National Carbon Company, was founded in 1886 and is a pioneer in the US synthetic carbon materials industry.

In the 1960s and 1980s, Union Carbide Corporation high-performance rayon-based carbon fiber and mesophase pitch-based carbon fiber technology were among the world’s leading level. In the early 1960s, the Air Force Materials Laboratory (AFML) developed a spacecraft thermal shield using the high-performance rayon-based carbon fiber produced by Union Carbide in 1959 as a reinforcement for phenolic resins. This is the first time that carbon fiber has replaced glass fiber and boron fiber as a resin reinforcement, and it has been successfully applied in the manufacture of lightweight heat-resistant composite materials. Thus, fiber reinforced composite technology has entered the era of “advanced composite materials”. 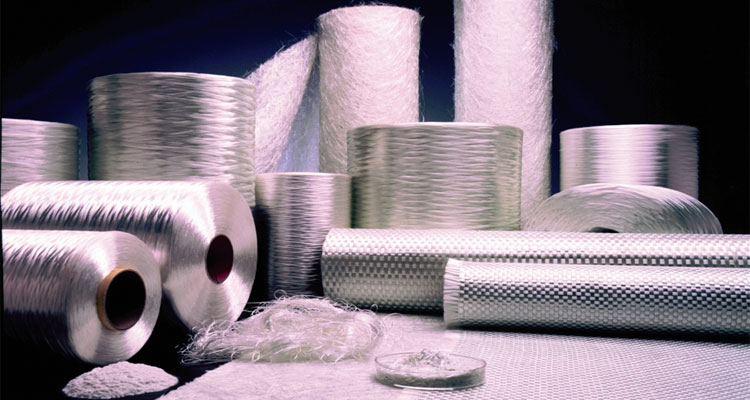 At that time, U.S. Union Carbide was supposed to be the leader of the world’s high-performance carbon fiber industry, but due to blind expansion and management confusion, it ended in tragedy. In 1984, its branch in India occurred in the Bhopal massacre, causing the most serious chemical gas leak in human history, resulting in nearly 800,000 deaths and injuries. The incident caused it to close down. After several resales, its carbon fiber business is now owned by Cytec Industries Inc.

Losing the lead of the United Carbide Company, the US high-performance carbon fiber industry failed to achieve its glory. At present, although the United States has the technology, products and production capacity that can guarantee military use, but the products do not have the advantage of cost performance and market competitiveness, the civilian demand for Boeing aircraft body structure materials can only be supplied by Japan Toray Corporation..

In the 1950s, Japan entered the economic developing period and was eager to enhance its ability to innovate independently. In 1959, Akio Shindo, a young scientist began research on carbon fiber under the auspices of the Osaka Industrial Technology Laboratory, and established the technical foundation for the industrialization of PAN-based carbon fiber.

The Osaka Industrial Technology Laboratory has frequent communication with companies, the knowledge and technology are rapidly transferred, which has eroded a large number of commercial interests. In 1959 and 1970, Tokai Electrode Mfg. Co., Ltd., Nippon Carbon Co., Ltd. and Toray Industries, Inc. Respectively obtained the patent license of the PAN-based carbon fiber technology.

Toray was founded in 1926 and was formerly known as Toyo Rayon Co., Ltd. In the 1940s and 1960s, Toray Company successively realized the industrialization of fibers such as nylon, polyester and acrylic, and began to develop carbon fiber production technology in 1961. In 1968, it fully invested in the construction of PAN-based carbon fiber industry; through independent research and development, merger and acquisition, patent transfers, the commercialization of TORAYCA? PAN-based carbon fiber was realized in 1971, and it has gradually realized its wide application from sporting products to aerospace manufacturing.

In the mid 1950s, Sugio Otani began research on carbonization technology at Gunma University. He found that blown asphalt, coal-based asphalt and polyvinyl chloride (PVC) heat-treated at 260℃ in nitrogen have good spinnability, and heat-treated polyvinyl chloride and blown asphalt at 1000℃ can produce carbon fiber with good performance . Since then, he has worked on the preparation of low-cost, high-quality carbon fiber. Using the patented technology of Sugio Otani, Kureha Chemical Ind. Co. began producing pitch-based carbon fibers in 1970.

At present, Japan has a complete rayon-based, PAN-based, asphalt-based and mesophase pitch carbon fiber industries, occupying the commanding heights of various sub-technologies and monopolizing the market for all high-end products.

The Royal Aircraft Research Center (R.A.E.Farnborough) is the UK’s first aircraft research and design base. Its location in Farnborough is the world’s “air valley” in the early 20th century. It is the birthplace of Harrier Jet and Concorde. The center began researching glass fiber reinforced plastics (GFRP) rocket engine components in 1961.

2) The Contribution and regret of Rolls-Royce PLC

Shortly after Watt invented the high-performance PAN-based carbon fiber technology, Rolls-Royce took the lead in the continuous production of high performance PAN-based carbon fiber in the mid-to-late 1960s, and soon developed a carbon fiber reinforced resin aircraft engine intake fan blade, which is ready for used in the most advanced turbofan engine at that time. However, the blade failed to pass the impact test, coupled with the serious mistakes in the development of this type of engine, which eventually led to the bankruptcy and restructuring of Rolls-Royce. This has had a very negative impact on the UK carbon fiber industry.

Analysis of high performance carbon fiber technology and industrial development factors in the US, Japan and the UK.

Although the US discovered the scientific mechanism of high performance carbon fiber, the industry was first established, but the outcome was not satisfactory. Although the UK pioneered the high-performance PAN-based carbon fiber production technology and pioneered the use of its aircraft engine parts, it was eventually “endinthebeginning” due to technology. Therefore, Japan has the multi-powered and excellent environment for building a high-performance carbon fiber industry, and the situation is the best; while the US and the UK rely only on the interests of scientists and the willingness of enterprises to expand their traditional businesses with obvious weakness.

1) The US is strong in science and technology, weak in development environment, and in confused management.

From incandescent illuminants to aerospace structural materials, from natural fiber-based, rayon-based, PAN-based to mesophase pitch-based carbon fibers, American scientists have gone all the way with their efforts. However, in the long-term war and the cold war, the industrial orientation was narrow and the society was unstable; the blind expansion of enterprises and confused management led to major disasters, and the industry had suddenly stopped eventually. 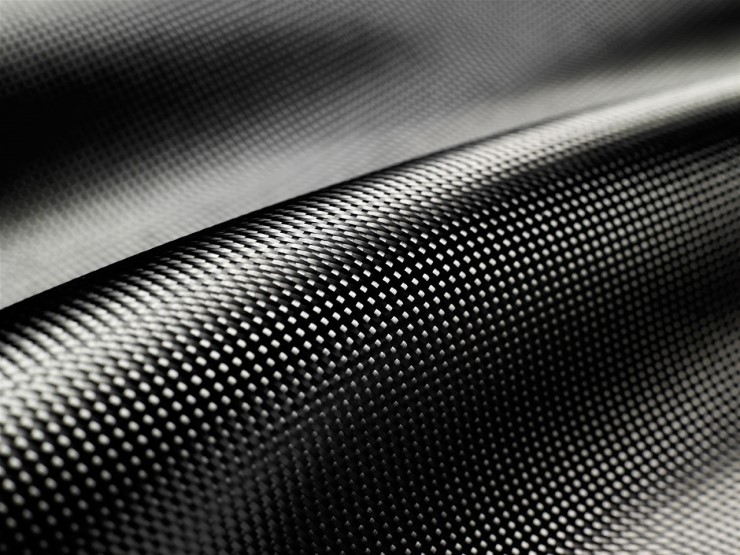 2) The UK is strong in foundation and loses its technology.

With outstanding scientists and the technical foundation of the polyacrylonitrile fiber industry, the UK has quickly broken through key technologies and pioneered cutting-edge applied research, and its exploration spirit is amazing. However, when the technology maturity is low, the failure to develop the carbon fiber reinforced resin (CFRP) aircraft engine blades to be used is naturally a high probability event, which has shaken the confidence of industrial construction..

3) Japan is strong in consciousness, strong in learning ability, and profound in craftsmanship. It has excellent development environment and wide industrial channels.

At the year 1930,the glass fiber company of United States “Owens Corning”produced E glass fiber.Since then, the human achieved the industrial production that take the ore raw materials melting into glass fiber by high temperature.In 1946, China also produced a bundle of glass fiber by using clay pot crucible, then the news reports said< 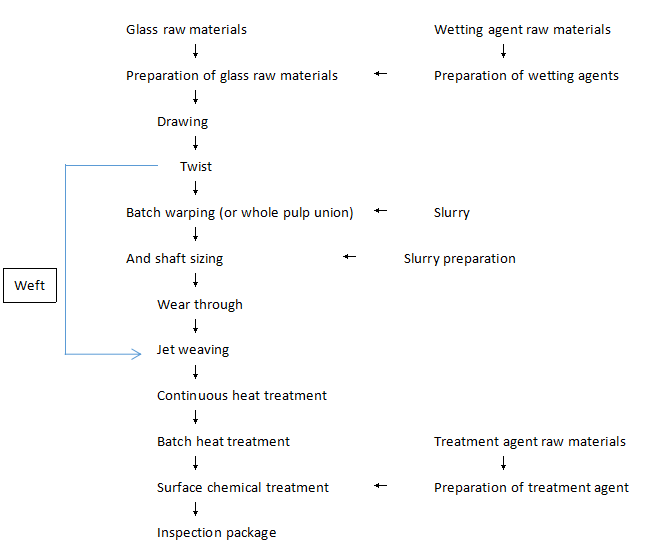 7628 fiberglass cloth production process and cotton products similar to the focus need to focus on the following processes:
(1)drawing:The first to configure the appropriate sizing agent in the original silk evenly film to reduce the original hairiness and improve the efficiency of weaving production.The main purpose of the wire drawing is to maintain the uniformity and stability of the linear density of the original silk, both to ensure that the electronic grade glass fiber cloth Of the surface density and fabric thickness of the uniform and stable, and will not make the fabric surface serious hairiness, resulting in the phenomenon of rubber particles on the surface of the fabric and seriously affect the performance of the fabric.
(2)post-processing:The role of the post-treatment process is to glass fiber fabric in a certain production conditions, a certain temperature heating, so that the coating of the infiltration of the decomposition of components, carbonization, combustion and removal.These wetting agents must be removed from textiles woven from woven fabrics of textile type, since they hinder the adhesion of glass fiber fabrics to resins, rubbers and other substances. The post-treatment process includes continuous heat treatment, batch heat treatment, surface chemical treatment,For continuous heat treatment, the key is to correctly set and control the high temperature desizing furnace furnace temperature and speed, the key to the process is to master the treatment temperature and time, the purpose is to remove most of the organic matter on the cloth, the residual organic matter Reduced to below 0.5%.In general, the processing temperature of electronic grade glass fiber cloth is not higher than 450 ℃ is appropriate, furnace temperature and speed setting and adjustment of the purpose is to achieve the process requirements of organic residue indicators, and minimize the loss of strength.After the heat treatment of electronic grade glass fiber cloth also through the surface chemical treatment to improve the glass fiber and resin bonding interface, improve the mechanical properties of composite sheet and electrical properties. Electronic glass fiber cloth surface chemical treatment of the basic method is the use of silane treatment agent (also known as coupling agent) treatment, and finally dried into a cloth roll, the inspection and packaging to be electronic grade glass fiber cloth products.

For more information, Please contact us at system@corefrp.com. Our technical service representative will at your service!

Discussion on the Production Technology of Glass Fiber Cloth and Application.pdf

Due to the larger demand for pipes, tanks, fracturing balls, fracturing and other applications, fiberglass-based composites account for the major share of the oil and gas industry composite market.The low cost of glass fiber and its superior performance, such as strength, flexibility, durability, stability, light, heat resistance, temperature, moisture resistance and other factors to promote the growth of glass-based oil and gas composite materials.

Epoxy resin based oil and gas composite materials have the largest market share, is expected to be the fastest growing resin type of composite materials in the oil and gas industry market,This is because epoxy-based composites provide a variety of thermal and mechanical properties, such as corrosion-resistant liquids, excellent electrical insulation, good high temperature performance, compared with polyester resin, lower styrene emissions, As well as good bonding strength with different types of reinforcing materials.
Pipes, standpipes, downstream pipelines and oil pipelines dominate the composite materials in the oil and gas industry market.This is due to the growing demand for high-strength, high-performance, cost-effective, non-corrosive lightweight materials for deepwater offshore oil and gas exploration and production activities. In addition, the use of composite pipes reduces overall maintenance costs, thereby reducing maintenance costs for the entire plant.